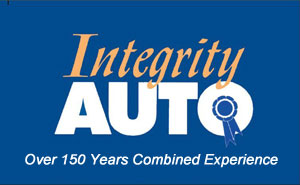 The Toyota batteries produced by Johnson Controls come with an superb history of durability. During the early 1990’s Toyota changed over to Exide for a couple of years, and for the first-time that we’re aware of they began being required to warranty numerous batteries which were failing in under Twelve months.

They changed back to batteries produced by Johnson Controls, and which I know have not experienced trouble with poor batteries since.Through the 90’s we saw exactly the same final results with Exide produced batteries offered under other companies’ product labels also. In that period of time, Les Schwab batteries were created by Exide, and again and again we experienced circumstances in which the customer would have trouble “that could not possibly be the battery since it is only 3 months old” that would actually end up being another bad battery produced by Exide.

Batteries tend to be more prone to failure during cold temperature, as due to mixture of the battery being at a reduced level of chemical activity when cold, and also the engine simply being much harder to crank when it’s oil is thicker because of being cold. A faltering battery can have numerous signs and symptoms. A gradually faltering batter will steadily turn the engine over slower in the course of start-up.
Quite often the progression can be so gradual that the main driver does not recognize it simply because each day it’s overall performance appears essentially exactly like it did the previous day. A weak battery gets drained of charge considerably more easily as well, so that perhaps only a couple of minutes of sitting with accessories on but the motor off will discharge the battery so you cannot start the vehicle.When the battery is discharged enough that you no longer get a slow crank from it, quite often the starter will deliver several clicks for a single turn of the key. This occurs for the reason that battery has just enough capacity to engage the starter gear with the engine, but at that time it takes a lot more electrical power than the battery has the capacity to provide, which in turn causes the battery voltage to drop so low that it won’t be able to even maintain keeping the starter gear engaged. So, the starter briefly releases, and then when the higher demand is removed, the battery has the capacity to supply enough power to reactivate the starter. This happens repeatedly back-to-back producing multiple clicks for as long as the key is held to the start position.

An alternative cause of the same symptom of multiple clicks in the starter could be poor cable connections from the cables to the battery, which, once again, allow just enough power through to engage the starter, although not enough to keep engagement in the face of the greater demands produced by attempting to crank the engine. From time to time the battery or battery connections will fail at just the right total of failure to permit the starter to give just one click and then hold however, not crank. More frequently the symptom of a single click but no crank implies an issue with the starter, or with the power supply from the key to the solenoid that activates the starter. Occasionally, though, the battery and/or connections can explain the single click.